You are currently visiting the English version of Air Caraïbes website. Maybe another version will be more suited to your needs?

Wings Of The Ocean & Air Caraïbes : a long-lasting partnership

Let's preserve the seas of the World!
RESPECT THE PLANET!

Let's preserve the seas of the World!

Air Caraïbes serves magnificent maritime territories on a daily basis and is fully aware of the importance of preserving the world's seas.
The Company wished to commit itself to support concrete actions of depollution and awareness raising and chose to bring its help to the association Wings of the Ocean.

The Wings Of the Ocean association was born from a dream shared by two ecologists, coupled with a crazy wager: to clean the oceans of plastic, remove the so-called "ghost" drift nets and provide a research platform for oceanologists, to name but a few of its essential aspects. All this in the form of a Round-the-World Sailing School!

Aboard the Kraken, 3 masts 47 m long, the 14 eco-volunteers work every day alongside Julien Woznitza, founder of the association, to clean up beaches and coastlines, raise awareness of the problems of plastic pollution and overfishing as well as to support scientific research.

On the occasion of the 16th anniversary of Air Caraïbes' transatlantic flights and the entry into service of its first A350-1000, the first operated by a French airline, we are pleased to offer our passengers in the Madras, Caraïbes and Soleil cabins, Air Caraïbes x Wings of the Ocean comfort kits.

Each kit distributed to a client on board corresponds to a donation made to the Association to accompany him or her in this virtuous process.

For its part, Air Caraïbes has been engaged since 2017 in the modernization and renewal of its fleet. The airline has already integrated 3 Airbus A350-900s and 1 A350-1000, latest-generation aircraft with remarkable performance and a carbon footprint considerably reduced by nearly 25%.

Air Caraïbes x Wings of the Ocean comfort kits are eco-designed.
The materials and packaging have been chosen for their minimal impact on the environment.

Ready to do the right thing?
While travelling too, sort, recycle and share your good practices with Air Caraïbes and Wings of the Ocean!

LEARN MORE ABOUT OUR COMMITMENT 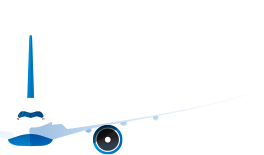 This new Airbus A350-1000 is yours!
We are proud to be the first French airline to offer you
to propose it soon in exclusivity between the Metropolis and the West Indies.